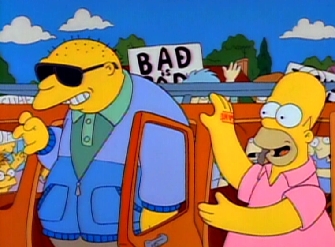 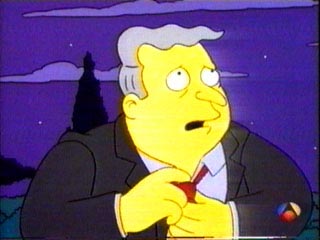 Micahel Jackson, the self-proclaimed "King of Pop" (more like "King of Pap"), guest-starred as a white nutjob who met Homer in a mental institution (Life imitates art, eh?).  After embarassing Homer in front of all his friends, Jacko went on his merry way.  Little did he know that Homer was biding his time for a chance at revenge.  Just when Michael was preparing for his comeback tour, The Curse of The Simpsons took him out with extreme prejudice!