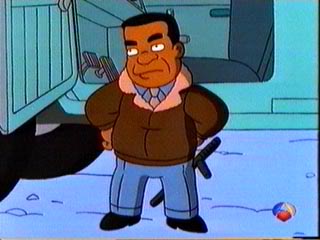 Gary Coleman starred as himself  on two Simpsons episodes in 1999 & 2000:  "Grift of the Magi" and "A Tale of Two Springfields".  I know he was struggling for work since his stint on Diff'rent Strokes", but he should have know he was taking his life when he agreed to appear on The Simpsons.  This double guest-starring appearance obviously led to his untimely death at the young age of 42 years old.  Ah, I can hear him now ... "What you talkin' 'bout, Satan!".